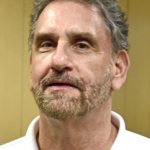 For years, the Sarasota District Schools prided itself on a collaborative working environment.

Superintendents from Chuck Fowler in the 1980’s on through Lori White who left office in 2016 always went out of their way to involve the teachers, and the classified staff in the decision-making process at the school level.

In fact, our district was a model of the shared decision making/collaborative school of governance. This model viewed teachers and classified staff as professionals whose opinions should be respected. This model paid huge dividends to the students of our school district, as our district has always been rated in the top three in the state in measures of student achievement.

One could certainly question why anybody would tinker with that level of success. 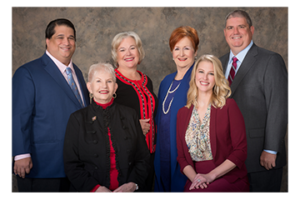 And yet, in a recent article in the Sarasota Herald Tribune, school board member Jane Goodwin stated the following,

“Todd Bowden does a great job. That is a given. This (the election) was an affirmation to say to the teachers’ union: shape up or ship out,” Goodwin said. “I do believe that (Bowden) has a different style than (predecessor) Lori White and they ruled along with her every day. He doesn’t have that model, and I personally like his model.”

Shape up or ship out? What does that mean?

That sounds like the way someone would have talked to employees in the 1950’s. Aside from the authoritarian tone of the admonition, notice the level of disrespect Goodwin shows to her former employee, Lori White.

White was a hugely popular superintendent who related naturally to the instructional and classified staff. She made the staff feel empowered, and everyone in the district knew the person at the top understood and respected their importance to the educational process.

Unfortunately, these election results gave the employees of this school district no relief. The status quo remains.

We have an elected school board with three members who not only disrespect the teachers and classified staff of this district; they also look down on them as mere cogs on a wheel, with no professional value to offer.

Goodwin’s own words make it clear; If you don’t accept her adoration of the superintendent, you do not belong here, and you should go elsewhere. While Bowden may be like a son to Goodwin, to the rest of us he is like the uncle none of us wanted to visit at Thanksgiving.

Barry Dubin is executive director of the Sarasota Classified/Teachers Association.